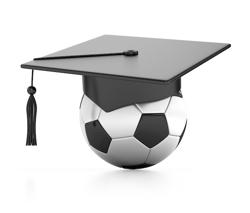 This award was established by the Port Washington Soccer Club to honor Joseph Cohen, a gifted athlete who attended college on a soccer scholarship. He went on to achieve outstanding success first academically and then in his professional life.  He gave his time fully and with great heart to innumerable charitable endeavors.

This award is presented annually to the graduating senior varsity soccer player, male or female, with the highest scholastic average, who has consistently played for the Port Washington Soccer Club.

Past winners of this scholar-athlete award are:

In memory of Tyler, a $500 scholarship will be awarded to one male and one female varsity soccer player, whom are graduating seniors at Paul D. Schreiber High School and have consistently played for the Port Washington Soccer Club. The scholarship will be contingent upon graduating and will be presented in the form of a voucher payable to the college each student will be attending.

All funding and expenses will be provided by the Port Washington Soccer Club, through our own fund raising efforts, and deposited into a school account for appropriate distribution. A committee consisting of the Schreiber Athletic Director, the boys’ varsity soccer head coach, the girls’ varsity soccer head coach and three members of the Port Washington Soccer Club, will select the honorees.

The honoree will be chosen based upon a "Demonstrated love and desire for the game, a strong work ethic on the field and off. and exemplary character, sportsmanship, and sense of team play."

The Pierce Slutzky Memorial Scholarship has been established to honor this young Port Washington Soccer Club player who was taken far too soon from his family, friends and community. Pierce was a fierce competitor who never lost his drive to succeed, even when he was diagnosed with malignant brain cancer in September 2016.

Soccer was a major part of Pierce’s life and some of his happiest moments were spent training with his teammates and reaching down deep to prevail during hard, competitive games. He started playing soccer when he was only three years old and continued straight through the time that he was diagnosed at age 14. Despite his small physical stature, Pierce developed a tenacity, determination and fearlessness, which contributed to his confidence on and off the field.

Pierce refused to allow himself to be defined by his diagnosis despite the forecast. He worked to stay close to his Schreiber classmates, even while home schooling during his freshman and sophomore years of high school. Pierce was thrilled to be able to attend high school during his junior year, but passed away in September 2019 just as he began his senior year. Pierce’s resolve to finish high school and attend college, and get back to playing soccer was as strong as his determination to eradicate the cancer ravaging his body. In memory of his love of the game, his inspiring spirit and his perseverance to overcome unimaginable obstacles, the Port Washington Soccer Club is providing an annual scholarship to a graduating student, who like Pierce, is passionate, tenacious and fearless in the pursuit of their goals, no matter what the odds.

Past winners of this special recognition are: